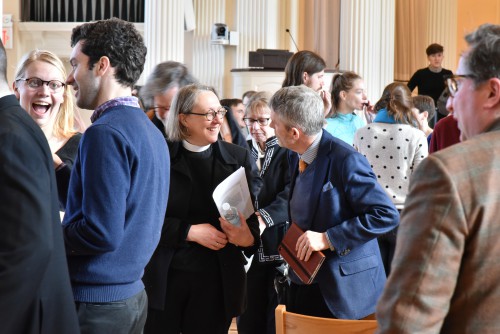 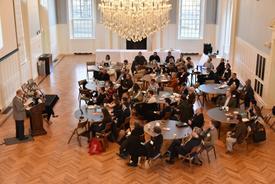 Berkeley Divinity School celebrated the legacies of William Palmer Ladd and Percy Dearmer, liturgical scholars and social activists, in the conference In the Spirit’s Tether held at Yale Divinity School in late January. Over sixty local and visiting participants heard a group of speakers covering US and UK experiences past and present, and worshipped in ways that reflected the changes of the last century and patterns still to come. 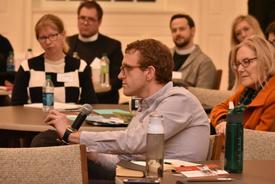 One hundred years ago, priest and historian William Palmer Ladd become Dean of Berkeley Divinity School, where he had taught since 1904. Ladd would quickly become an influential teacher and theologian, whose work spanned contemporary social policy and ancient liturgy - and was especially interested in the connections between them.
One of his first actions as Dean was to welcome famous English liturgist Percy Dearmer, editor with Ralph Vaughan Williams of The English Hymnal and author of the influential The Parson’s Handbook, as visiting professor for 1918-19. This is the centenary both of Ladd’s appointment and of Dearmer’s time at Berkeley.
Both these figures featured in keynote addresses by Jane Shaw, Martyn Percy, and Bryan Spinks. Shaw, who also preached in Marquand Chapel (sermon text here), suggested Dearmer’s time in the USA after the horrors of the Great War was a turning point in his own career, much of the rest of which was spent outside formal Church appointments. Spinks placed Dearmer’s and Ladd’s shared interest in liturgical reform and socialism in the context of other nineteenth century attempts at identifying real or imagined English patterns of practice. Martyn Percy, Dean of Dearmer’s alma mater Christ Church, Oxford (also burial place of BDS’s namesake George Berkeley) reflected on what Christian socialism might mean in the present day. 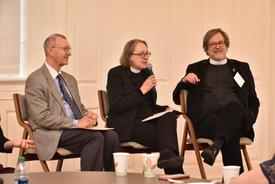 In a closing panel, the speakers’ insights were supplemented by reflections from school chaplain Alice Courtright and custodian of the BCP Dr Juan Cabrero Oliver.
Berkeley arranged for the re-publication of Ladd’s influential book Prayer Book Interleaves for the centenary celebration - copies are available from the YDS book supply.