Berkeley Divinity School will confer honorary degrees on three distinguished Episcopalians at its 2016 Convocation in October.

Bruce Garner is a leading lay member of All Saints’ Church, Atlanta, where he has been head verger for more than twenty 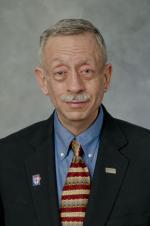 years, and a member for over thirty-five years, having been baptized and confirmed in the Church of the Holy Comforter, also in Atlanta.  He has also made a number of distinguished contributions to the Church beyond the local level, having served on the Executive Council of The Episcopal Church and also as a Trustee of Berkeley’s sister institution in New York, The General Theological Seminary. He is a Lay Deputy to General Convention for the Diocese of Atlanta.

Having worked for many years for the Social Security Administration in different parts of Georgia, he retired in 2008 to deepen his already significant involvement as an advocate and champion of full inclusion of LGTB people and people living with HIV/AIDS in Church and community. He is currently President of Integrity USA, Inc. which “works for the full inclusion of all the baptized in all the sacraments,” having served previously as Province 4 Coordinator. He has had leading roles as in AID Atlanta, AIDS Treatment Initiatives (formerly known as Atlanta Buyer’s Club), Ryan White HIV Planning Council for Metropolitan Atlanta, State of Georgia Task Force on AIDS and many others. 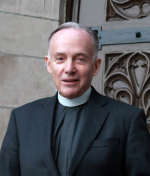 The Reverend F. Washington (Tony) Jarvis retired as inaugural director of Berkeley’s Education Leadership and Ministry Program at Commencement last year, having served from 1974 to 2004 as headmaster of The Roxbury Latin School in Boston.  Earlier, from 1964 to 1971, he was curate at St. Paul’s Church in Cleveland, where he conducted a city-wide youth ministry.  In 1971 he was appointed chairman of the History Department at University School in Cleveland, and the following year Assistant Director, Upper School.

He is past president of the Headmasters Association of the United States and of the Country Day School Headmasters Association, and former chairman of the Commission on Independent Schools of the New England Association of Schools and Colleges.  He has been a trustee of the Independent School Association of Massachusetts, Winsor School, the American Friends of Maru a Pula, a school in Botswana, and currently serves on the Board of Regents of Portsmouth Abbey School.  Since 1976 he has been priest associate at All Saints’ Church, Ashmont, in Dorchester, MA, an inner city parish.  Author six books, his most recent, With Love and Prayers, won the Christopher Award for adult non-fiction.  He also holds honorary doctorates from Bowdoin College and Middlebury College. 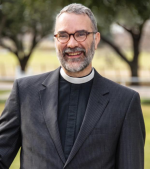 The Right Reverend George Sumner is seventh bishop of Dallas in the Episcopal Church, having been consecrated and installed in November 2015. As bishop he oversees the administrative needs throughout the diocese and is chief pastor for more than 31,000 Episcopalians, 200 clergy and 100 congregations.

Prior to his election, Sumner served as Helliwell Professor of World Mission and principal of Wycliffe College in Toronto, Canada. He was the dean of a growing seminary and was the chief administrator responsible for strategic planning, encouraging young, future priests, stewardship, building relations with bishops and overseeing clergy’s continuing education.

Ordained as an Episcopal priest in western Massachusetts in 1981, Sumner has served in a variety of capacities: youth minister, missionary teacher in east Africa, curate in an inner-city Anglo-Catholic parish, vicar on a native American reservation in New Mexico and Arizona, and rector in a small town. Sumner has both an M.Div. and a PhD in theology from Yale.

The Conferral will take place at Evensong during Yale’s Convocation Week, at 5pm on Tuesday October 18th, in the Marquand Chapel at Yale Divinity School (409 Prospect St., New Haven).   A reception will follow. Enquiries to Kira Wishart kira.wishart@yale.edu or 203-432-9312.