The Wesley-Royce Leadership Symposium will be offered on June 6-7 and will feature Cally Parkinson and Eric Arnson. It will be based on the newly released book RISE: Bold Strategies to Transform Your Church.

Based on research from 2,000 churches and 500,000 congregants, the symposium focus on the eight archetypes and strategies and case studies. This event goes from noon of June 6 through noon of June 7, so please plan your travel accordingly.

Please note: the symposium is by invitation only. Contact Kira.wishart@yale.edu if you would like to be considered. 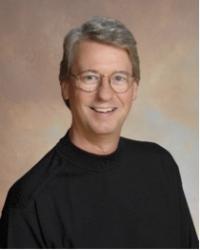 Eric Arnson is a founding partner at Originate Ventures, an early stage venture capital group located in Pennsylvania. He was a past partner at McKinsey & Company and founder of ENVISION, a research and strategy firm.  He pioneered now widely adopted methodology to understand beliefs, motivations and resulting behaviors in individuals and groups.  He has led research, marketing and sales at Procter & Gamble, Beecham Cosmetics and the Cambridge Group.

Eric helped discover and validate REVEAL’s spiritual growth continuum and catalytic growth drivers, based on the same methodology developed at ENVISION. In addition, Eric guided the Episcopal Diocese of Chicago’s efforts to create a custom translation including the Episcopal Spiritual Life Renewal  survey, resource materials and workshops.  The complete offering is now RenewalWorks, a ministry of Forward Movement.

He has a liberal arts degree from the University of Michigan and attends Church of the Holy Spirit (Episcopal) on Chicago’s north shore.  Eric and his wife, Germaine, have three children. 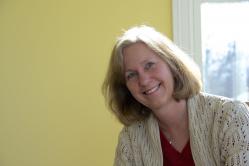 Cally Parkinson is the director for REVEAL, an initiative that utilizes research tools and discoveries to help churches better understand spiritual growth in their congregations.  To date REVEAL has served over 2000 churches and surveyed 500,000 congregants. Cally is the author of Rise: Bold Strategies to Transform Your Church, which covers REVEAL’s latest findings about eight church archetypes. Cally has also co-authored four books with Willow Creek’s former Executive Pastor, Greg Hawkins, describing insights from REVEAL.

Cally previously served as the director of communications at Willow Creek Community Church, a role she took on following a twenty-five-year career at Allstate Insurance Company. At Allstate, she held a number of different director- and officer-level positions in strategic planning, research, finance and communications.  She has a BA in languages from Depauw University and a master’s degree from the Thunderbird School of Global Management. Cally and her husband, Rich, live in the Chicago suburbs and have two grown children and two grandchildren.