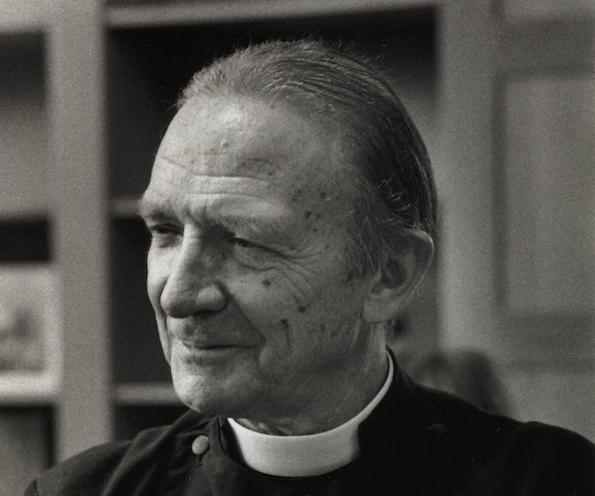 March 15, 2019
Charles Halsey Clark, universally known as “Kelly,” has died.
Born in New York City in 1926, Kelly Clark spent his childhood in Coronado, California, and graduated from The Thacher School. He served two years with the United States Navy before entering Yale College with the class of 1948.
Awarded a master of divinity degree from Virginia Theological Seminary in 1952, he received an M.A. in Old Testament studies from Yale in 1956. Ordained in the Diocese of New York, he served as curate at Grace Episcopal Church in Hamden, Connecticut, in 1952-1953, and as assistant chaplain of Yale University from 1953 to 1957.
During the following decade he worked with the Overseas Department of the Episcopal Church, including service in Singapore and the Philippines. In 1977, he was elected dean of Berkeley Divinity School, the first dean to take office after the completion of Berkeley’s move into full affiliation with Yale Divinity School. Among his achievements as dean was leadership in the formation of the Seminary Consultation on Mission (SCOM), which still provides resources to enable students to travel and engage with the wider Church.
Kelly Clark was dean for five years before being elected rector of St Paul’s School in New Hampshire, where he served until retirement in 1992.
The Berkeley and Yale community sends its love and prayers to Priscilla and their family. Funeral arrangements will be posted here when announced.