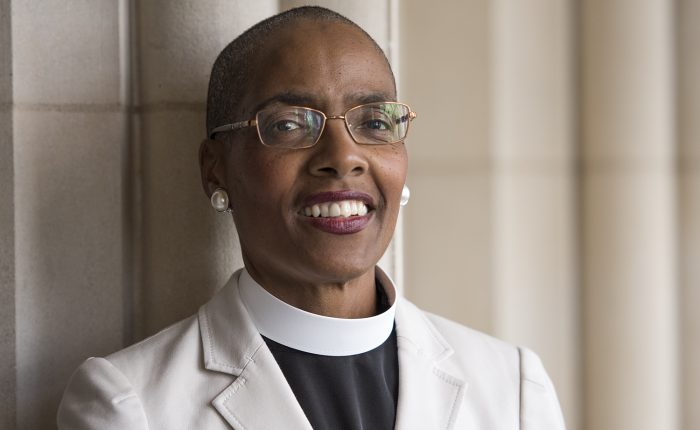 Tuesday, February 5th, Berkeley Divinity School (BDS), together with Yale Black Seminarians (YBS), had the privilege of hosting the Very Revd Dr Kelly Brown Douglas for a day of conversation and worship. 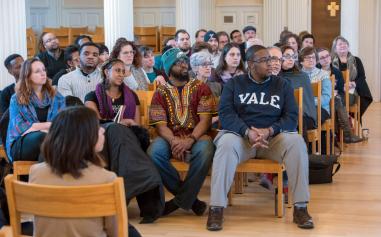 She started by speaking at a lunchtime panel with Dr Eboni Marshall-Turman hosted by Kazimir Brown (M.Div ‘19) and Paul Daniels II (M.Div ‘19), sharing how she was inspired to instaurate womanist theology by Alice Walker’s In Search of Our Mothers’ Gardens. She vividly described growing up in Dayton, Ohio: a poignant encounter aged seven with the tragedy of inner-city black peers more underprivileged than herself inspired her passion for social change. Early thoughts of teaching or being a storefront lawyer dovetailed with her childhood love for the the Episcopal church – practising ceremonial at her home pool table with the cue as a processional cross. Dr Marshall-Turman talked about her own journey as a dancer with the Alvin Ailey American Dance Theater, and the stark disjunctions of race, class and privilege she experienced as a stimulus for her own work. For both, family remains a source of comfort as well as inspiration: Dr Douglas, in a Thurmanesque vein, invoked her grandmother’s faith, hope and love as well as her consolation in laughing with her sisters in spite of the tragedy of political realities; Dr Marshall-Turman spoke of finding strength in her nephew’s smile. Both spoke to a sense that holding to a sense of creating community even as black feminism or the #MeToo movement called out privilege allows for a deeper critique past an individualistic sympathy to an embodied empathy. 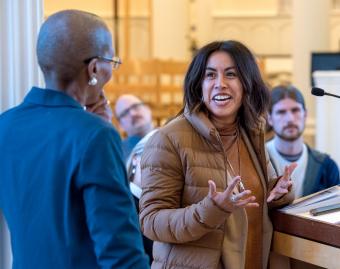 Students were invited to read Stand Your Ground: Black Bodies and the Justice of God (2015) for the BDS Welsey-Royce Leadership Colloquium session. Dr Douglas stressed she never intended to write the book but was called into it by the restless of her soul, and then called out of the darkness of exploring the history of slavery by Trayvon Martin’s father’s words: “Even though I am broken hearted my faith is unshattered,” writing herself back into faith both through the faith of her grandmother and Anselm’s call for faith seeking understanding. In response to a question about what the Episcopal Church could offer to people of color not already in it, Dr Douglas suggested the question itself could be seen as a critique of the institutionalization of the church. Seminaries need to change, she said, decrying the recent removal of social and racial justice as a canonical area for the General Ordination Exams. Rather than protesting reactively, she called seminarians to critique themselves rather than others, to consider what they wouldn’t tolerate on behalf of others rather than themselves, and not to tolerate conditions that pervert the humanity of others, even if it means making changes happen before everyone is comfortable. After presiding at the Wednesday evening Eucharist, Dr Douglas joined BDS and YDS students for a convivial dinner where everyone exchanged wishes for continued traffic and mutual support between Yale/Berkeley and Union/Episcopal Divinity School where Dr Douglas will be starting as dean in the fall.