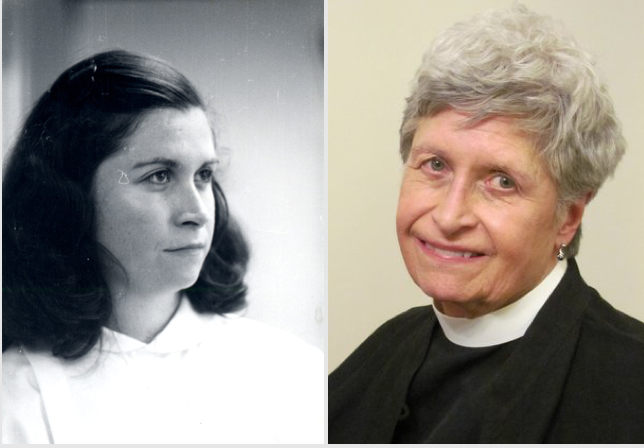 The Episcopal Church, Berkeley Divinity School, and Yale Divinity School have lost a pioneer. The Rev. Eleanor Lee McGee Street, who died in New Haven on Sunday, February 20, was one of the “Washington Four,” the women who were ordained to the Episcopal priesthood in 1975, a year before the Church authorized the ordination of women.

A graduate of Maryland State College, Lee McGee (née Hofmann), who was raised Roman Catholic, joined The Episcopal church while pursuing her MAR at Yale Divinity School. After graduation in 1969, she became a lay chaplain at American University in Washington, D.C. She later earned an MSW at Catholic University, and after moving with her family to Hartford, CT began serving as a priest and social worker.  In 1982 Lee McGee began teaching homiletics at Yale Divinity School, and joined the faculty in 1987, serving as the Roger J. Squire Chair in Pastoral Counseling. She was the author of Wrestling with the Patriarchs: Retrieving Women’s Voices in Preaching (1996). Long affected by a genetic eye disease that rendered her legally blind, she retired in 1997. In 1999, Berkeley Divinity School established the Eleanor Lee McGee Prize for academic distinction in the junior year.

As only the fourth woman on the YDS faculty, and the first as a priest, Eleanor Lee McGee was an important mentor, who embodied a new day for women in the Episcopal Church. In reflecting on her time at YDS, she said, “I cannot tell you how many Berkeley women said to me, ‘When I see you functioning as a priest, I believe that God can be calling me to the priesthood.’”

Later marrying the late Rev. Parke Street, she remained active in the church, from lecturing in the U.S. and England to serving as priest associate at Christ Church New Haven and spiritual director for St. Hilda’s House, a year-long residential service community affiliated with Christ Church and Berkeley. Lee McGee Street is survived by her two sons, Kyle and Matthew.