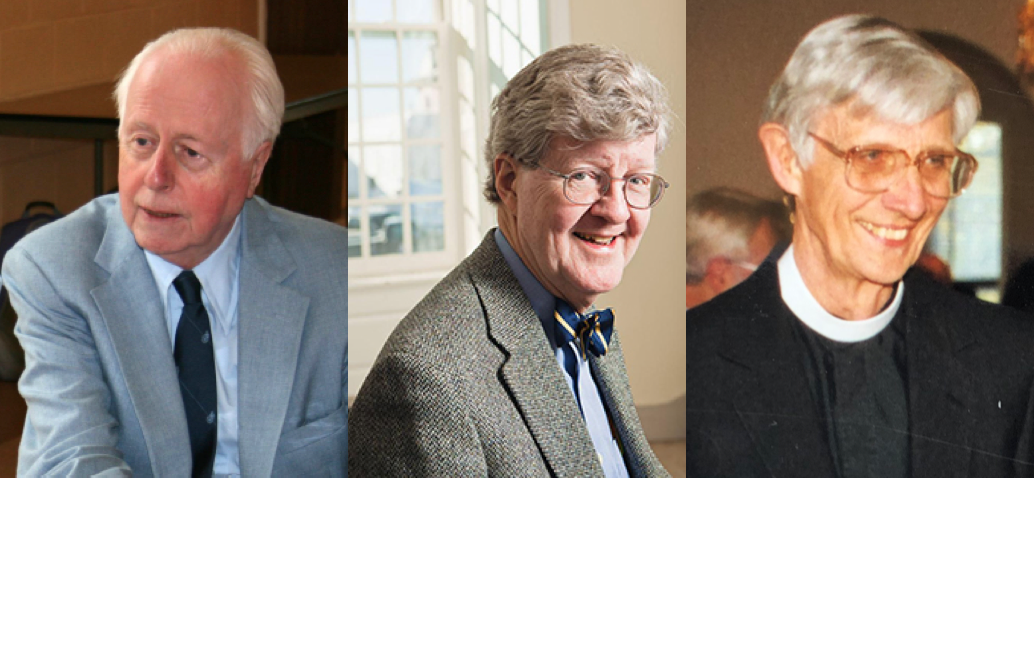 Within the past week, the Berkeley community has lost three inspiring figures who have impacted the lives of countless students: a devoted supporter, a legendary professor, and a pioneering program leader.

The Rev. Louis W. Pitt, Jr., died on March 28. Although himself not an alumnus, he was the son of an illustrious Berkeley graduate, the Rev. Louis W. Pitt, Sr., Class of 1918, who among other distinctions was the long-time rector of Grace Church, NYC and a renowned preacher, with a deep interest in world Christianity. The younger Pitt shared these interests and among his own ministries served as dean of the Cathedral of the Holy Cross in Lusaka, Zambia, and the sub-dean in the Cathedral of St. Mary and All Saints in Harare, Zimbabwe. Since its creation in 1959, the Pitt Lectureship has brought to Berkeley leading figures in homiletics and world Christianity.

Professor Thomas H. Troeger, died on April 3. The J. Edward and Ruth Cox Lantz Professor of Christian Communication retired from YDS in July 2015. One of Yale’s most distinguished faculty members, Troeger, Yale College ‘67, was a prolific and creative scholar, publishing more than two dozen books and volumes of poetry, and numerous hymns. In addition to being a masterful preacher, Troeger was also an accomplished musician and served as national chaplain of the American Guild of Organists. Dually ordained as a Presbyterian and an Episcopalian, Troeger also served on the Berkeley board of trustees.

The Rev. Edward C. “Ted” Coolidge, who died this morning (April 5) was the original coordinator of the Annand program for Spiritual Formation, serving in that role from its inception in 1990 to 1999. Dean James E. Annand recruited Coolidge to help research and create the program of individual mentors, small formation groups, and class retreats that has served hundreds of Berkeley and YDS students. In creating the program, Coolidge and Annand collaborated with spiritual direction visionaries such as Edward Tilden, founder of the Shalem Institute, and Krister Stendhal, bishop in the Church of Sweden and former dean of Harvard Divinity School.

May these servants of God rest in peace and rise in glory.