Into Regions Beyond: A History of Berkeley Divinity School at Yale 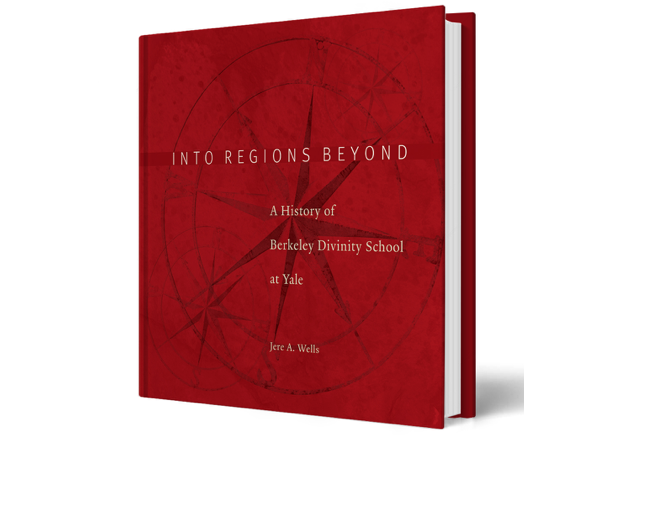 This year’s celebration of fifty years as Berkeley Divinity School at Yale includes the release of Into Regions Beyond: A History of Berkeley Divinity School at Yale, written by Jere Wells, Berkeley’s communications coordinator and director of the ELM program. A comprehensive study, it begins well before the School was established, with the story of its namesake, George Berkeley, the 18th century philosopher and cleric whose vision of an Anglican seminary in the American colonies inspired the founding a century later of a new seminary committed to taking the Gospel out into the world–in the words of our motto, In Illa Quae Ultra Sunt.

As with the story of its namesake, who shared some of the prejudices of his age, our story of is not only a record of accomplishment. There is much to be proud of in the Berkeley’s story–from the contributions to liturgy of scholars such as William Palmer Ladd to the visionary leadership of graduates, the more recent of whom benefitted from the unique combination of Berkeley’s Episcopal formation and YDS’s world-class academics. Berkeley’s story also reflects the Episcopal Church’s story, which includes times when “things done and left undone” have impeded the journey toward social justice. Into Regions Beyond is ultimately a study in progress, providing historical context for the School’s continued commitment to growth.

The story is filled with colorful, inspiring figures, with all their gifts and occasional eccentricities, and includes graduate’s memories, from civil rights marches to epic backyard pig roasts at the Berkeley Center (and even an encounter with the FBI). While a contribution to scholarship, the book is ultimately written for its graduates.

To order a copy, contact Jere Wells at jere.wells@yale.edu. It is also available at the YDS bookstore for those visiting campus.