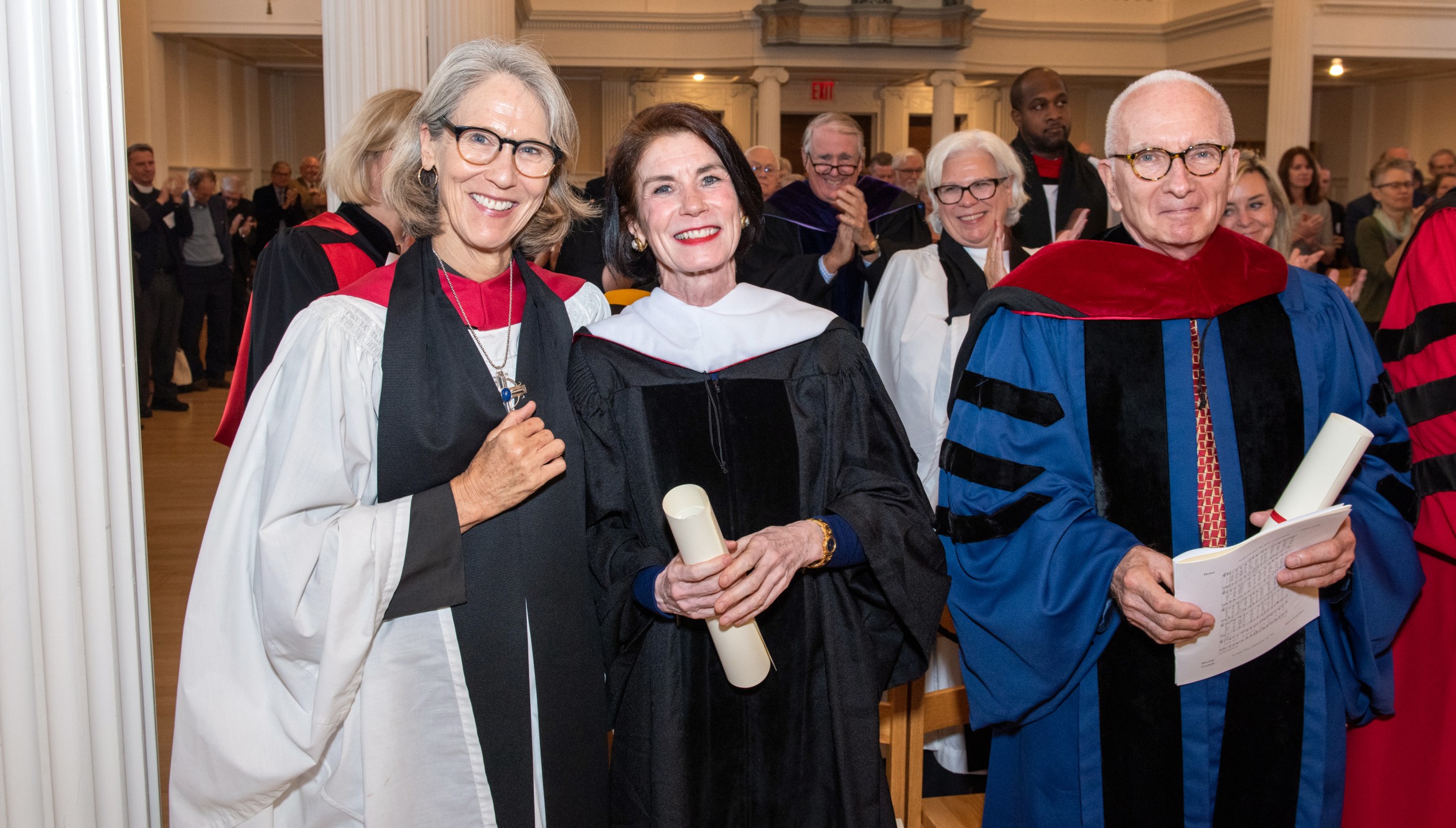 It has long been Berkeley’s tradition at Convocation to confer honorary doctorates on distinguished individuals who have accomplished much in service to the Church, the wider world, and  to Berkeley Divinity School. The 2019 honorees—May Kate Wold and Peter S. Hawkins—embody service to broader church and to Berkeley and Yale. 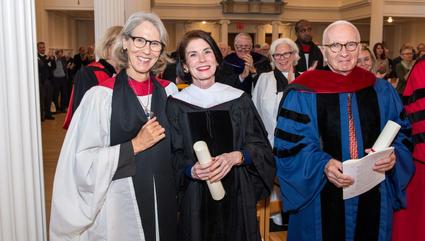 Mary Kate Wold is President and Chief Executive Officer of the Church Pension Group, the financial services enterprise that provides retirement, health, life insurance and other services to the Episcopal Church. She also chairs the board of the Church Benefits Association, a national association of faith-based benefits organizations. Her leadership of CPG empowers its mission of “supporting the clergy and lay employees in their calling to spread the Gospel.”  She has also served on the vestry of Trinity Wall Street.

Peter Hawkins needs no introduction to most Berkeley alumni, having taught at YDS since 1976 (with an eight-year hiatus at Boston University). As noted in the citation read at the Evensong service, “In a place that aims to inspire minds, you have done more inspiring than most. While Yale Divinity School is proud of its faculty in their excellence as scholars and engagement as teachers, your career here has stood out for many, not only as one of great scholarly distinction, but as marked by insight, compassion, and depth of personality and spirituality.” Hawkins is best known for his work on religion and literature. Dante has been his special passion, and his Dante’s Testaments: Essays on Scriptural Imagination won a 2001 AAR Book Prize. He will retire in December.