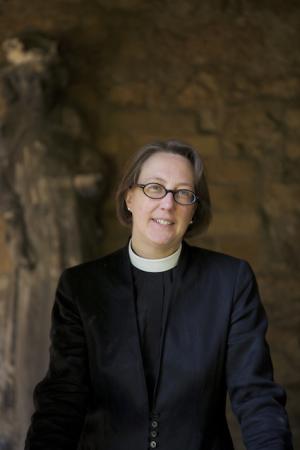 Berkeley Divinity School’s 2016 Cheney Lecture will be given during Convocation on October 18th by the Rev’d Dr Jane Shaw, Dean of Religious Life and Professor of Religious Studies at Stanford University.

Before going to Stanford in 2014, Dr Shaw was Dean of Grace Cathedral in San Francisco. Prior to that she taught theology and history at Oxford University for sixteen years, and was Dean of Divinity and Fellow of New College, Oxford. She has also served as Canon Theologian of Salisbury Cathedral, where she is now Canon Emerita, and as theological consultant to the Church of England House of Bishops. She is an historian of modern religion and her books include Miracles in Enlightenment England (Yale 2006) and Octavia, Daughter of God: the Story of a Female Messiah and her Followers (Yale 2011); and a Lent book, Practical Christianity (Church Publishing 2012).  She has a BA and MA in History from Oxford, M.Div. from Harvard, and a PhD in History from U.C. Berkeley. She has been awarded honorary doctorates by Episcopal Divinity School and Colgate University.
The Cheney Lecture is usually given in alternate years, in memory of Francis X. Cheney, one-time professor at Yale Divinity School and Director of Development for Berkeley, in an effort to continue his example of transcending doctrinal and vocational differences to focus on the care of the whole people of God. Previous lecturers include John Macquarrie, Madeleine L’Engle, Krister Stendahl, and Krista Tippett.
This year’s Cheney Lecture will take place at 1.30pm on Tuesday October 18, in Marquand Chapel at Yale Divinity School. Later that afternoon Evensong will be celebrated, with the conferral of honorary degrees, at 5pm, followed by a reception. Full details of Berkeley Convocation and Yale Divinity School Convocation and Reunions can be found here.