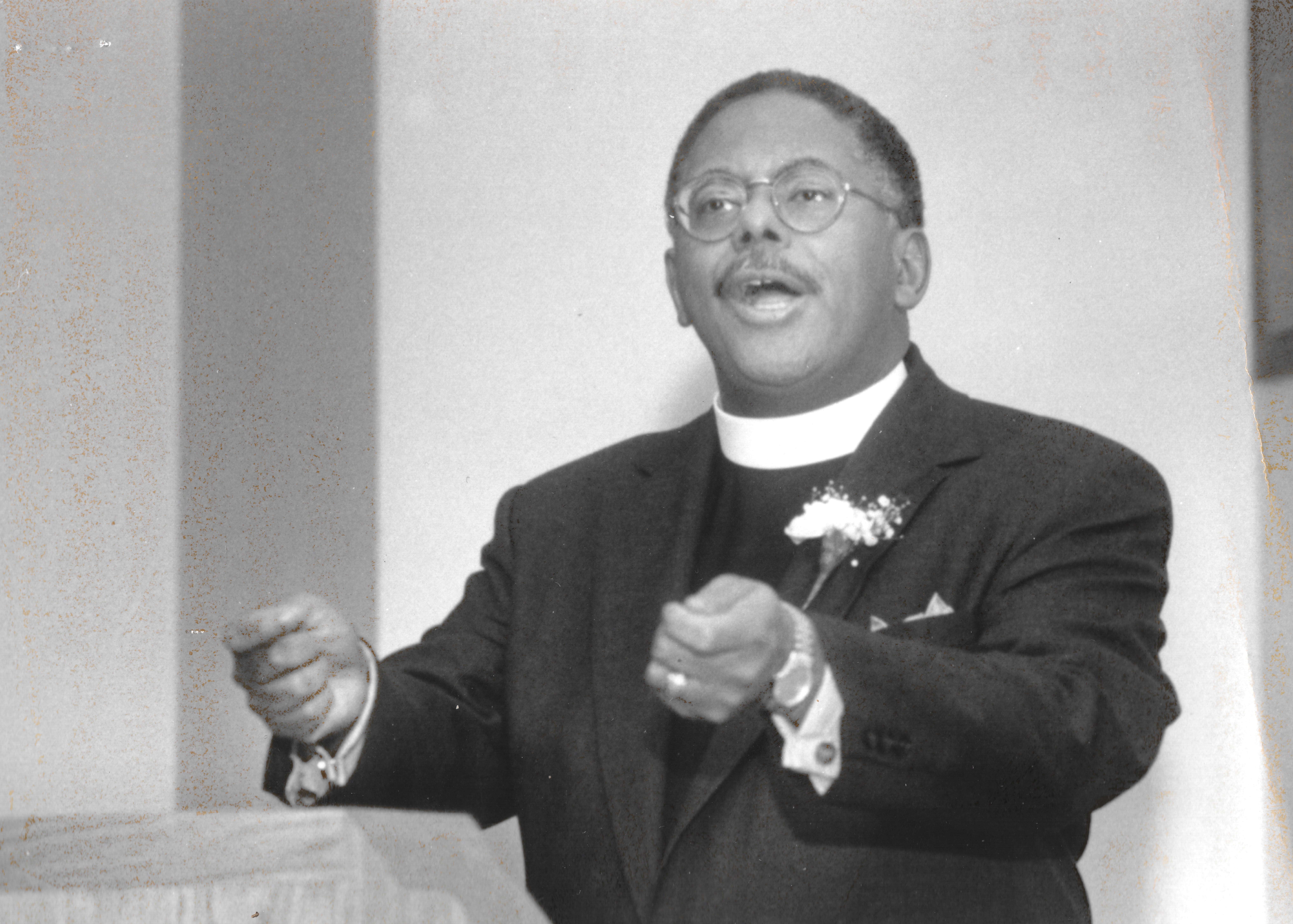 Berkeley alumnus and former trustee Harold T. Lewis passed away this past Friday, December 31, at the age of 74. As a scholar, parish priest, educator, and officer with The Episcopal Church, Lewis was an influential leader in the Church and a devoted member of the Berkeley community, serving several terms on the board of trustees.

After receiving his undergraduate degree from McGill University, Lewis attended Berkeley Divinity School 1968-1971, graduating in Berkeley’s last class before its full affiliation with Yale Divinity School. He later received his PhD from the University of Birmingham, England. In recognition of his significant contributions, Canon Lewis was the recipient of an honorary doctorate from Berkeley Divinity School, and was similarly honored by a number of other institutions.

A consummate priest and pastor, Canon Lewis ministered to several parishes in the U.S. and abroad and served as a missionary in Honduras and Zaire. He was also headmaster of St. Mark’s School in Brooklyn, NY, and over the years taught at several seminaries. Prior to his retirement in 2012, Lewis served as rector of Calvary Episcopal Church in Pittsburgh, PA.

A lifelong Episcopalian and a profoundly gifted priest, Canon Lewis was one of the first Black graduates from Berkeley Divinity School. He was a champion for the Church’s full recognition and inclusion of Black persons and communities in the Episcopal Church. He served for eleven years as the Episcopal Church’s Director of the Office of Black Ministries, and his landmark book Yet with a Steady Beat: The African American Struggle for Recognition in the Episcopal Church was a significant contribution to Episcopal Church history. Lewis’s concern and love for the Church were expressed not only in his pioneerng ministry but also in his published books, including A Church for the Future: South Africa as the Crucible for Anglicanism in a New Century (2007) and The Great Unpleasantness: Calvary Church’s Role in the Preservation of the Episcopal Church in the Diocese of Pittsburgh (2015).  Ever the Renaissance man, Canon Lewis was co-editor of the Episcopal Church’s African-American hymnal Lift Ev’ry Voice and Sing. Lewis also made significant international contributions, including his work with the anti-apartheid South African divestment movement and his service as Chair of the Advisory Council for the Anglican Observer to the United Nations.

Canon Lewis’s impact on the Episcopal Church cannot be overstated. In addition to his accomplishments as a noted scholar and priest, Lewis was a gifted mentor, whose wise council and prodigious knowledge were valued by many. His deep commitment to Christ, to justice, to the Church, and to the African diaspora made him a leader and inspiration for generations of Episcopalians and Anglicans.

Lewis is survived by his wife of 51 years, Claudette, and their son Justin Craig Lewis and son-in-law Roland Tactay. May Harold and all the souls of the faithful departed rest in peace and rise in glory.

“The Episcopal Church, and the worldwide Church, have lost a great leader and thinker in Harold Lewis. It is rare to find gifts of pastoral leadership, public witness, and scholarship in such combination at any time, and his witness at this time was offering to the Church a constant reminder of its true identity, diversity, and mission. We will miss him greatly, and do our utmost to continue in the example he gave us, “till earth and heaven ring” with the praises of the God whom he served, and the reign of love which is that God’s will for all people.” Andrew McGowan, Dean of Berkeley Divinity School at Yale