Convocation 2022 and a New Campaign 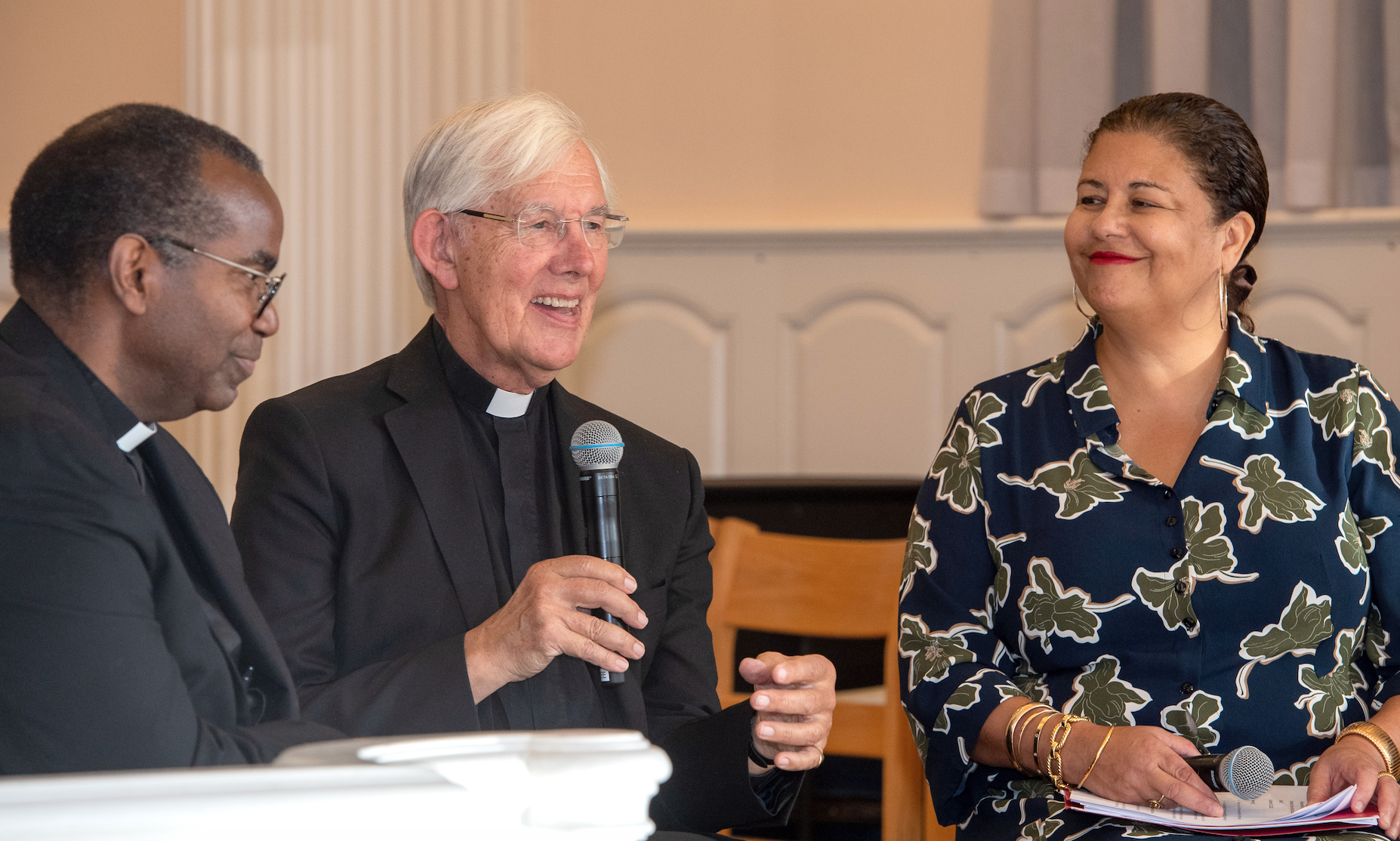 On Wednesday, October 12 more than 100 alumni, students, faculty, staff, trustees and friends gathered for a celebratory luncheon, the Cheney Lecture, conferral of honorary degrees, and a panel discussion on “Anglicanism and the Future of Faith.” Recipients of honorary degrees were Elizabeth Alexander, President of the Mellon Foundation, the late Eleanor Lee McGee Street, pioneering priest and YDS professor, and theologian Michael Battle, who delivered the Cheney Lecture, “Ubuntu as Atonement Theology,” available here. The panel discussion with Battle and Alexander also included Robert Willis, former Dean of Canterbury Cathedral, who delivered the homily at the evening Eucharist.

The luncheon also announced the public phase of the Inspiring Berkeley capital campaign, which will ensure that Berkeley remains as the vanguard of theological education in the Episcopal Church. With more than $13.2 million already committed from generous graduates, trustees, and friends, the campaign seeks to reach its goal of $18 million by 2026. Among other goals, the Inspiring Berkeley campaign will support renovations to the beloved Berkeley Center and programs of Berkeley’s new Leadership Initiative, which will provide opportunities for clergy and lay leaders to further develop effective and adaptive leadership skills for cultivating and sustaining faith communities.

Running concurrently with Yale University’s comprehensive for Humanity capital campaign, Inspiring Berkeley will help secure Berkeley’s future for coming generations. We look forward to reporting further progress and inviting the interest and support of our graduates and other friends of Berkeley Divinity School.  For Yale graduates, donations to the Inspiring Berkeley campaign, including support of the Annual Appeal, will count towards class credit in Yale’s for Humanity campaign.