“a complete justification of spiritual life” 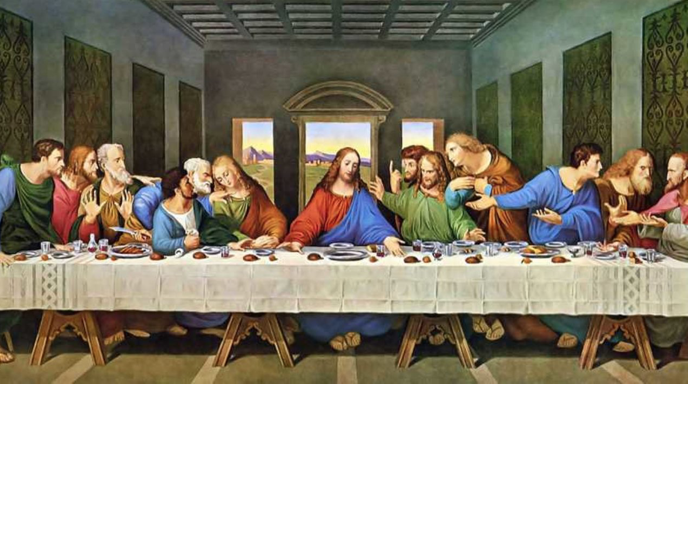 December 18 is not only Dean Cathy George’s birthday but this year it’s also her last day with Berkeley students. She marked the day with her usual devotion to her work, in this case, preaching at Morning Prayer.  As a reflection on both her time at Berkeley and on the call to ministry that each Berkeley student faces, it was a valedictory well worth sharing (although dozens of graduates had joined worship, some from as far away as Australia and Hawaii).

Fall term comes to a close today with the fourth week of Advent before us to prepare for Jesus’ birth. And to rest. To find rest for our souls.

Jesus asked the crowd what their expectation was in encountering John in the wilderness, giving us the impression that some have been disappointed, shocked perhaps at his clothing of camel’s hair and his macrobiotic diet of locusts, wild honey. What did you go out to see, Jesus asks? “A reed shaken by the wind?” Something weak and commonplace, someone of little consequence? Someone in fleece lined royal slippers and robe come from a palace breakfast of steak and eggs? No, a prophet Jesus says, and more than a prophet. Among those born of women, no one is greater. Yet, least among us, greater than he. Jesus’ established a world of evaluation without hierarchy and yet he returns to it to distinguish the extraordinary character of John the Baptist. John, named for the waters of baptism.

At the entrance to St. John’s Benedictine Abbey in Collegeville MN, a center for liturgical reform in the Roman tradition is a baptismal font the size of a backyard kiddie pool. Standing at the water’s edge is a statue of tall, thin St John the Baptist molded from silver beckoning us into the clear water. As you prepare for leadership in God’s church and world, remember the waters of your baptism, honor the initiating sacrament to all others, the waters of baptism.

As a parish rector, I was inspired by the stories of my people.  A pediatric neurosurgeon’s care for patients, a hospital cafeteria worker going beyond the job description, an artist, a journalist, heroic parents and grandparents, following the teachings of Jesus in lives of love. I wrote and published some of their stories in: You Are Already Praying: Stories of God at Work. I want to add a chapter to that collection from my time in New Haven.

While serving as Associate Dean I joined a group of local clergy that met with the New Haven police chief and a few officers each month to work together on community safety. A little more than a year ago, I walked down the hill on Prospect Street, crossed the New Haven Green, and climbed the steps to City Hall. The new police Chief Otoniel Reyes was being installed.  He grew up in New Haven and went to school at St. Thomas Episcopal Day school on Whitney Avenue and attended church there. Twenty years of service on the force prepared him for this day. City Hall was bright with sunshine. The vaulted ceiling and the shiny floor lent a sense of grandeur to the space lined with folding chairs, a service leaflet placed on each one  - - the stage and podium in front were draped in blue. Officers in crisp uniform processed down the center isle as we sang a favorite hymn of Chief Reyes. Two local pastors offered prayers, another sang a solo. The Chief’s mother read a lesson from Scripture before he stood to take the oath of his office, to guard the safety of the people in the city he loves.

He attended church the Sunday before and after his swearing in, where this is no liturgy to honor the sacred calls of God’s people living lives of difficult and hallowed service in God’s world.  He has attended the extravagant ordinations and consecrations of deacons, priests and bishops, proud of his church. When the church attends to the vocational call of all the baptized, honoring and marking their devoted lives of service, might the gap between God’s church and God’s world will begin to mend? Might the pews fill again if we design our sacramental- liturgical -programmatic- educational life to fuel, nourish and support the baptized? As officers recessed out of the installation service that afternoon the police department and the city did the work of the church.

Some of you have seen my Last Supper lunch box sitting on a shelf in my office that someone gave me years ago. Or, this card inviting everyone who wants to be in the picture to get on the far side of the table.  I am drawn to depictions of the Last Supper, such as Salvador Dali’s at the National Gallery but most of all to Leonardo da Vinci’s masterpiece that we have all seen.

If you look at the figure drawings da Vinci sketched in preparation for his masterpiece, you see hands reaching out, fingers pointing, heads tilt one way, bodies another, mouths open, foreheads frowning. The supper table is alive! You can hear the laughter and conversation as you gaze at the painting. Gestures interrupt a person who is speaking, others draw attention to what appears to be a lively argument or a story being told, a cup in mid- air is being returned to its place, shoulders shrug with an accompanying mouth of astonishment. A knife in one hand and in the other a loaf half cut through. One person rests his head on the table and stares into empty space. Mary Magdalene at Jesus right leaning away and Peter pointing upward either to heaven or at a hole in the ceiling he is concerned about!

Felicity [Harley-McGowan] should be preaching on this, you should ask her to, or at least don’t pass up the chance to take a class from her while you are here. Art historians agree that the Last Supper gives the fullest example of Leonardo di Vinci’s vast expressive power. Listen to what one historian writes: “His extraordinary explorations gave him a masterful understanding not only of nature but also of those around him… Leonardo brought his intelligence to bear in art with such intensity that it was as though he were approaching his work with the aim of making it a complete justification of his spiritual life.”

Approaching his work with the aim of making it a complete justification of his being his spiritual life. Out of the waters of his baptism.

As we say good bye this morning I wish it was in person  -  to raise a glass or a mug of coffee on the porch, and maybe another day we will.  When you next pray in St. Luke’s chapel, you will see a kneeler beneath the tabernacle on the east wall. I rescued it from a junk closet of discarded and damaged furniture behind the chapel of St Jude, the patron saint of hopeless causes who heard the prayers of many incarcerated women at the prison where I served as chaplain, my first call out of seminary. My husband Michael helped me restore it to life and after traveling with us for 30 years’ worth of moves, I am happy it finds a home to hear the prayers of this community.

You have enriched and shaped my life. I am filled with gratitude for all I have learned from you, for the joys and the challenges we have shared. For the laughter and meals.  From my first fall 6 years ago, until today, I still cannot believe how smart you all are!

You will be in my prayers as the Spirit binds us as one. The Holy Spirit is real, she is not the 3rd rung down after the others, there is no hierarchy in the Triune God. She is the vibrant presence in you. Lean on her wisdom. Let her guide you in everything you do, go to her, rely on her and live by her grace and mercy. Amen.