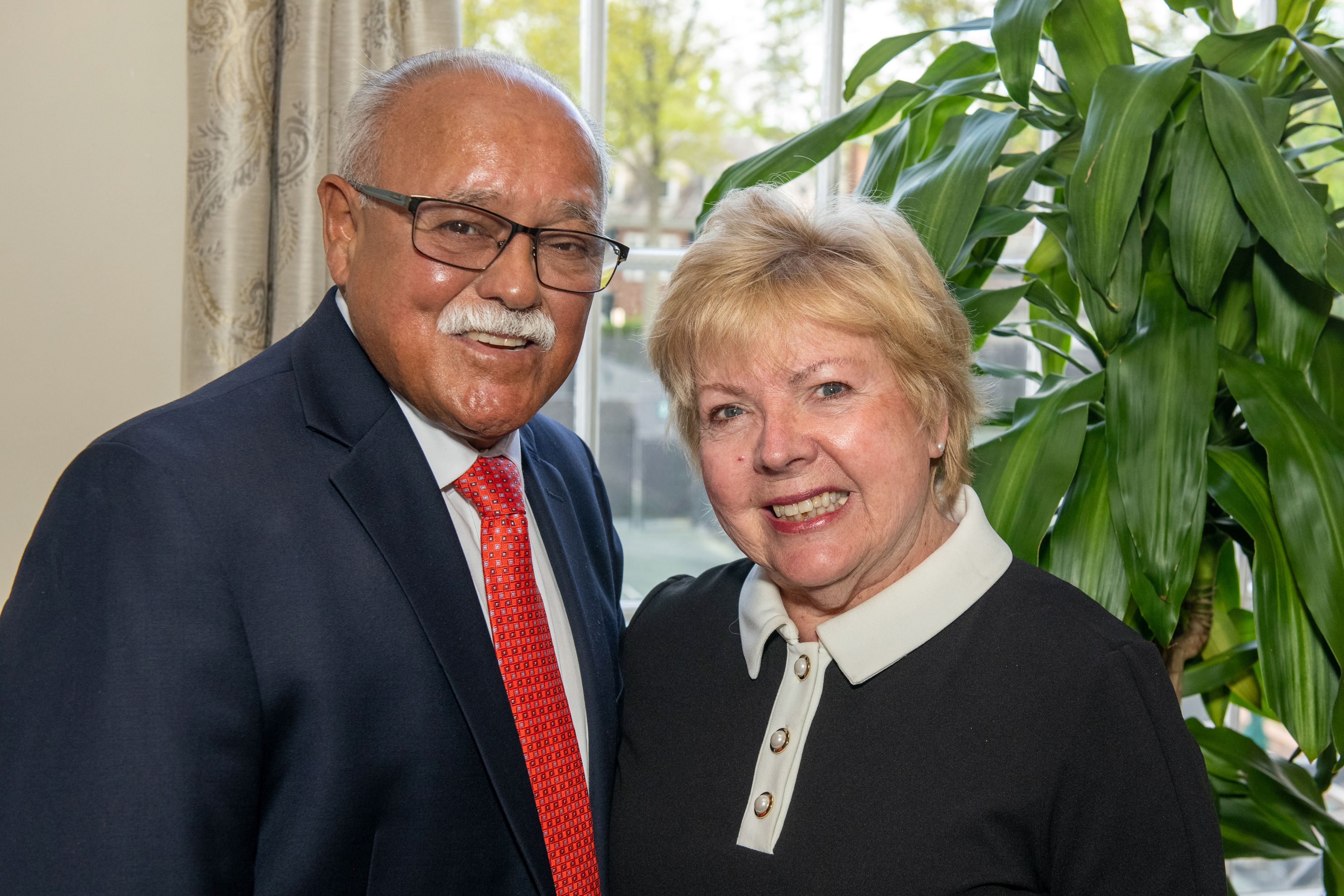 Berkeley’s mission of forming ordained and lay leaders for The Episcopal Church could draw on one of its veteran staff members as an exemplar of lay leadership: Pam Wesley Gomez. From Berkeley, to her home parish in Greenwich, to the Diocese of Connecticut, and to The Episcopal Church and the Anglican Communion, Pam has advanced the cause of the Church for over 35 years, 21 of which as director of advancement for Berkeley Divinity School at Yale, from which she will retire this June.

Pam came to Berkeley well suited to the work that includes fundraising, special events, alumni relations, marketing, career advisement, and placement. With a graduate degree in counseling, she had worked for six years as a consultant in a career counseling and outplacement firm in New York, followed by thirteen years as director of stewardship and endowment at Christ Church in Greenwich and director of marketing and education for the Episcopal Church Foundation. All of the skillsets represented by these positions have come into play in her work for Berkeley. She has advised students on parish relationships and job placement, secured funding for internships and travel-study programs, and was instrumental in creating the Educational Leadership and Ministry program, enjoying a close friendship with its inaugural director, the late Tony Jarvis.

And yes, each year Pam has also raised the financial support that makes Berkeley possible. With all tuition revenue from Berkeley’s students going to YDS, the School relies on both the annual appeal and capital giving to support the Episcopal formation for which Berkeley is renowned. The numbers speak to Pam’s success at this essential work. Since 2001 Pam has raised or facilitated over $39 million in gifts that support, and in many ways have helped transform, Berkeley. She has shared her expertise with the broader church, co-authoring Funding Future Ministry for the Episcopal Church Foundation and serving on the Presiding Bishop’s Stewardship Task Force for the upcoming General Convention.

Part of Pam’s success is persistence, but the greater part is relationships. Pam’s virtual Rolodex is massive, reflecting a devotion to networking and sustained friendships.  Former president of the Consortium of Endowed Episcopal Parishes, Pam has done extensive consulting work for parishes throughout the Episcopal church world. Through those relationships she has been a consistent champion for Berkeley and its graduates, nurturing a network of seasoned Berkeley alums who in turn hire and mentor new priests from Berkeley. Beyond The Episcopal Church itself, Pam has served on the American Friends of the Archbishop of Canterbury’s Fund and this year is a trustees of the Archbishop of Canterbury’s Anglican Communion Fund.

Pam’s decades of service to Berkeley and to The Episcopal Church are widely appreciated. Presiding Bishop Michael Curry, BDS ’78 notes: ”Her work in fundraising has been impressive indeed, but I also give thanks to God for the many other ways in which she has made a difference: connecting seminarians with the larger Communion, educating many on stewardship and planned giving, working on national searches, and perhaps most importantly, being present with care and concern for so many in ordained leadership. We are all beneficiaries of Pam’s remarkable ministry.”

While the simplest metric of Berkeley’s institutional advancement under Pam Wesley Gomez’s leadership is dollars raised, Dean Andrew McGowan affirms that the total metric is incalculable: “Pam’s contributions to Berkeley are impossible to state adequately, and she is irreplaceable in many ways. Nevertheless, we will go forward in this work of fostering relationships and resources to support the School, building on what she has achieved, inspired by her hard work and her sheer love of the Church in whose service this work is done. We are immeasurably grateful.”