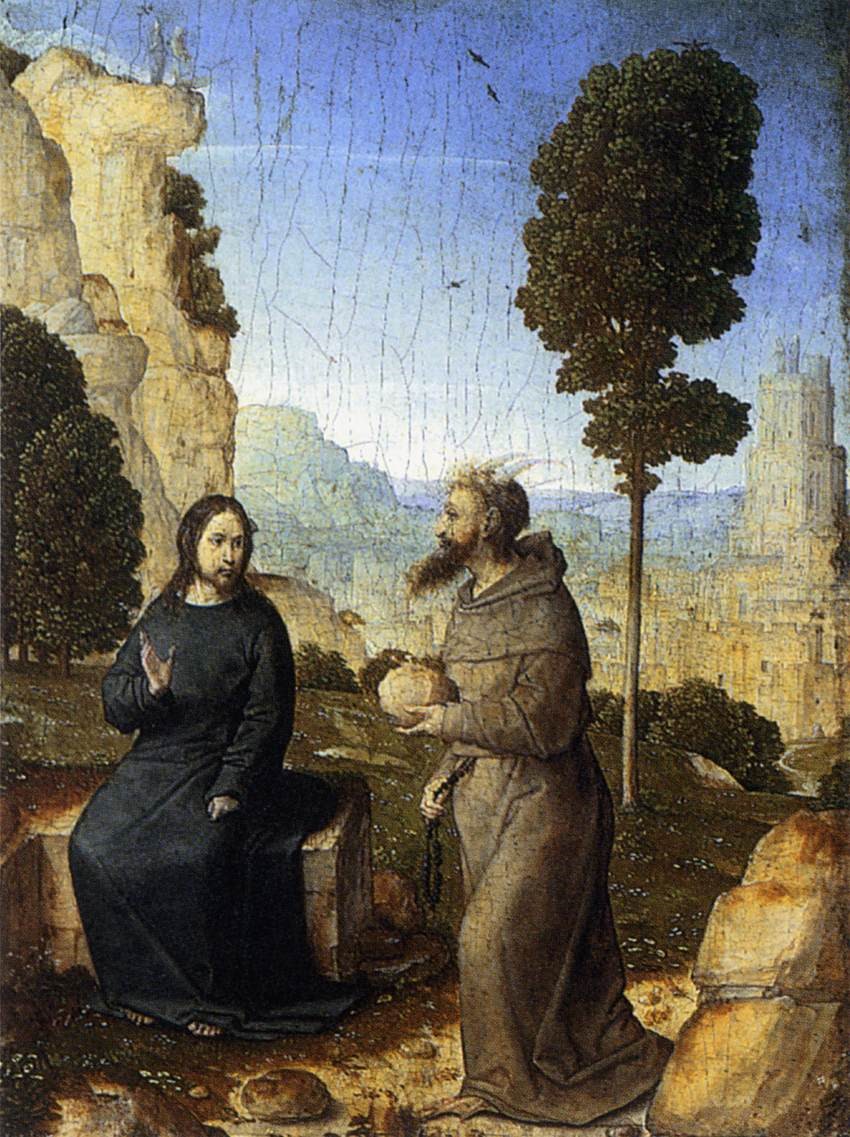 A few days ago I led a slightly unusual Lenten retreat day for the Church of the Heavenly Rest and the House of the Redeemer in NYC. We focussed on bread, and for most of the day we baked, while we thought and prayed together about the many stories in scripture that involve bread.

Bread comes about, as the narrative of Genesis tells it, as a consequence of the fall - of the loss of the garden of Eden and its easy fruit. When God gives Adam and Eve their marching orders, bread appears as an ambiguous sign of life and death, of hope and of mortality. God says:

By the sweat of your face

you shall eat bread

until you return to the ground,

for out of it you were taken;

and to dust you shall return.

These words that introduce bread into the scriptural narrative are of course the very ones that were used when some of us received the sign of ashes on Ash Wednesday. We are dust - and bread is dust, too.

Bread is a gentler version of ashes; it comes from the earth as we do, by the sweat of our faces, and while it keeps us alive, its very nature and its origin in that same dust we come from makes it a kind of sacrament of our fragility, our dependence. That is part of its gift, not only the sustaining of our life but the reminder of our fragility and our need of the grace of God.

In the Exodus story, to which our observance of Lent and Easter are linked via Passover, the people take bread for the journey: “So the people took their dough before it was leavened, with their kneading-bowls wrapped up in their cloaks on their shoulders.” (Ex 12). The unleavened bread of Passover serves even now as a sign of deliverance - not because it is luxurious or delectable, but rather because if is basic to our needs. God’s gift of freedom is gift, not to be taken for granted.

While some of us were receiving the sign of ashes, seventeen people were being killed in a mass shooting at the Marjorie Stoneman Douglas High School in Parkland, Florida - most of them young, and among them Carmen Schentrup, a 16 year old youth leader from the nearby St Mary Magdalene Episcopal Church in Coral Springs.

This has more to do with Lent than we might initially imagine. Gun violence, along with forces that collude with it, mocks and competes with the power of God to save and sustain. Some even fantasize that further proliferation— infinite potential violence in effect—would somehow lead to peace.

Guns aside, this is also the dynamic of Jesus’ encounter with Satan, told on the First Sunday of Lent. Temptation is not merely indulgence, is it the willingness to exchange truth for falsehoods based on our own supposed power rather than dependence on the power of God.

Week by week we come to the Eucharist and are fed with bread and wine - not a banquet at all, merely the staple foods of the ancient world, even in token quantities. They are not the stuff of temptation for people who think they have enough. They are the sacrament of our mortality and dependence and of God’s grace given to sustain us. Our witness to peace must also be a witness to  the fragility of life, and to our dependence on God.