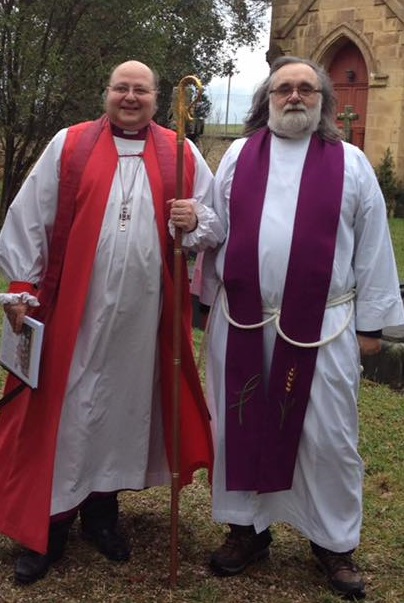 Berkeley Divinity School welcomed Bishop Carlos López Lozano, Bishop of the Spanish Reformed Episcopal Church, to the community last month during the bishop’s trip to the United States to promote the creation of an Anglican Center in Santiago de Compostela in Spain. Bishop López Lozano met with Berkeley students over lunch and spoke about the history of the Church (known in Spanish as the Iglesia Española Reformada Episcopal, or IERE), which was founded in the 19th century as one of the few churches without colonial origins in the Anglican Communion and which endured persecution under the repressive regime 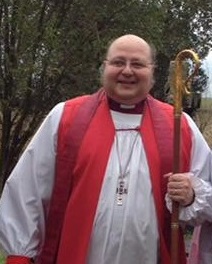 of General Francisco Franco in the mid-20th century.

Bishop López Lozano presided over Berkeley’s community Eucharist Wednesday evening in Marquand Chapel.  The liturgy was conducted primarily in Spanish from the Spanish Episcopal Church’s Eucharistic liturgy, which is influenced heavily by the Mozarabic rite used throughout Spain during the Middle Ages.

Bishop López Lozano emphasized the Spanish Episcopal Church’s ongoing ministry sharing the gospel with the Spanish people, and its vision of creating a place to welcome and provide hospitality and spiritual care to pilgrims arriving in Santiago from the Camino, one of the most ancient and frequented pilgrimages in Christianity.

Bishop López Lozano’s visit gave students an opportunity to learn more about Anglican partners in mission worldwide, and to participate in one of the many diverse expressions of worship found in the Anglican Communion.