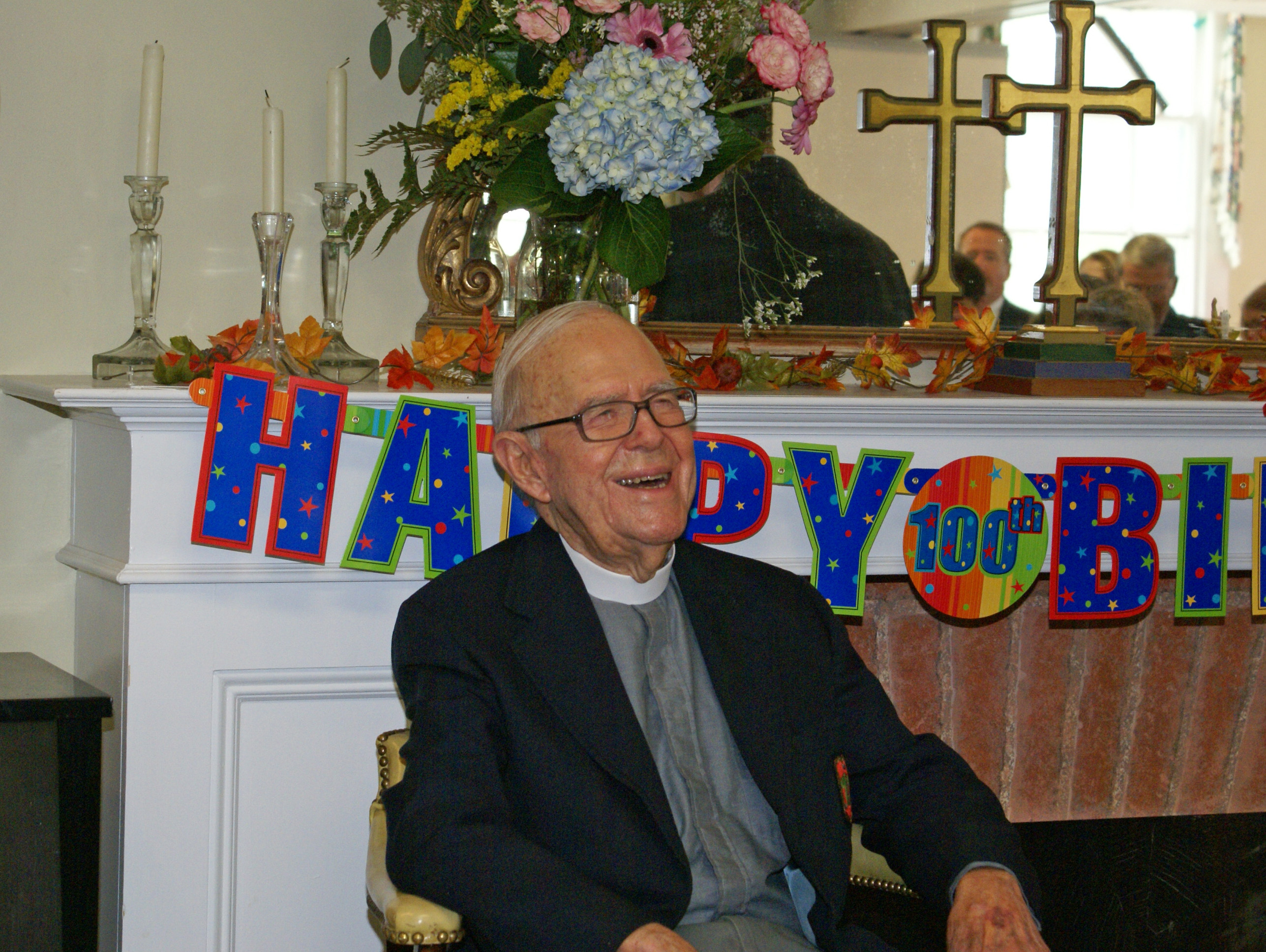 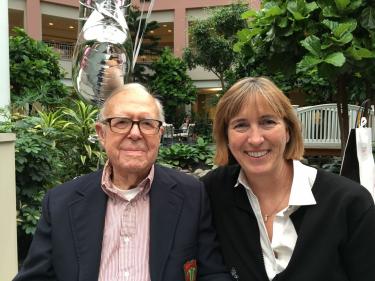 The Rev’d Aaron Manderbach ’37, Berkeley’s oldest surviving alumnus, has died at the age of 105. Manderbach, who served as rector of St. Stephen’s Episcopal Church, Ridgefield, CT from 1950 to 1980, is survived by his wife of fifty years, Judy.

He attended schools in Pennsylvania, received his B.A. degree from Temple University in 1934, his M. Div. from Berkeley Divinity School in 1937, and D.D. also from BDS in 1974. He was made a Deacon in May of 1937 and ordained a Priest by the late Bishop Tait in the Diocese of Pennsylvania, December 1937.

Aaron Manderbach began his Ministry as assistant to the Rev. Dr. Granville Taylor at the Chapel of the Mediator in West Philadelphia, 1937 to 1940. He was appointed Vicar of Trinity Church, Collingdale, PA in 1940 and served until 1945, when he was appointed Vicar of Saint Faith Church, Brookline (Havertown), where he became the first Rector in 1948. Saint Stephen’s Church, Ridgefield, Connecticut called him to be Rector in 1950, from which he retired in 1980. He was named Rector Emeritus in 2003 and a scholarship was established in his honor.

Aaron was still teaching at 100 and was fond of saying that God’s gifts are “strengthening, healing inspiring and perfecting. I remember them by the acronym SHIP. We are shipshape when God is with us”. On Monday, April 30th, he died in that knowledge. May Aaron rest in peace and rise in glory.

His funeral service will be held on Thursday, May 10 at 2 pm St. Stephen’s Ridgefield, CT.