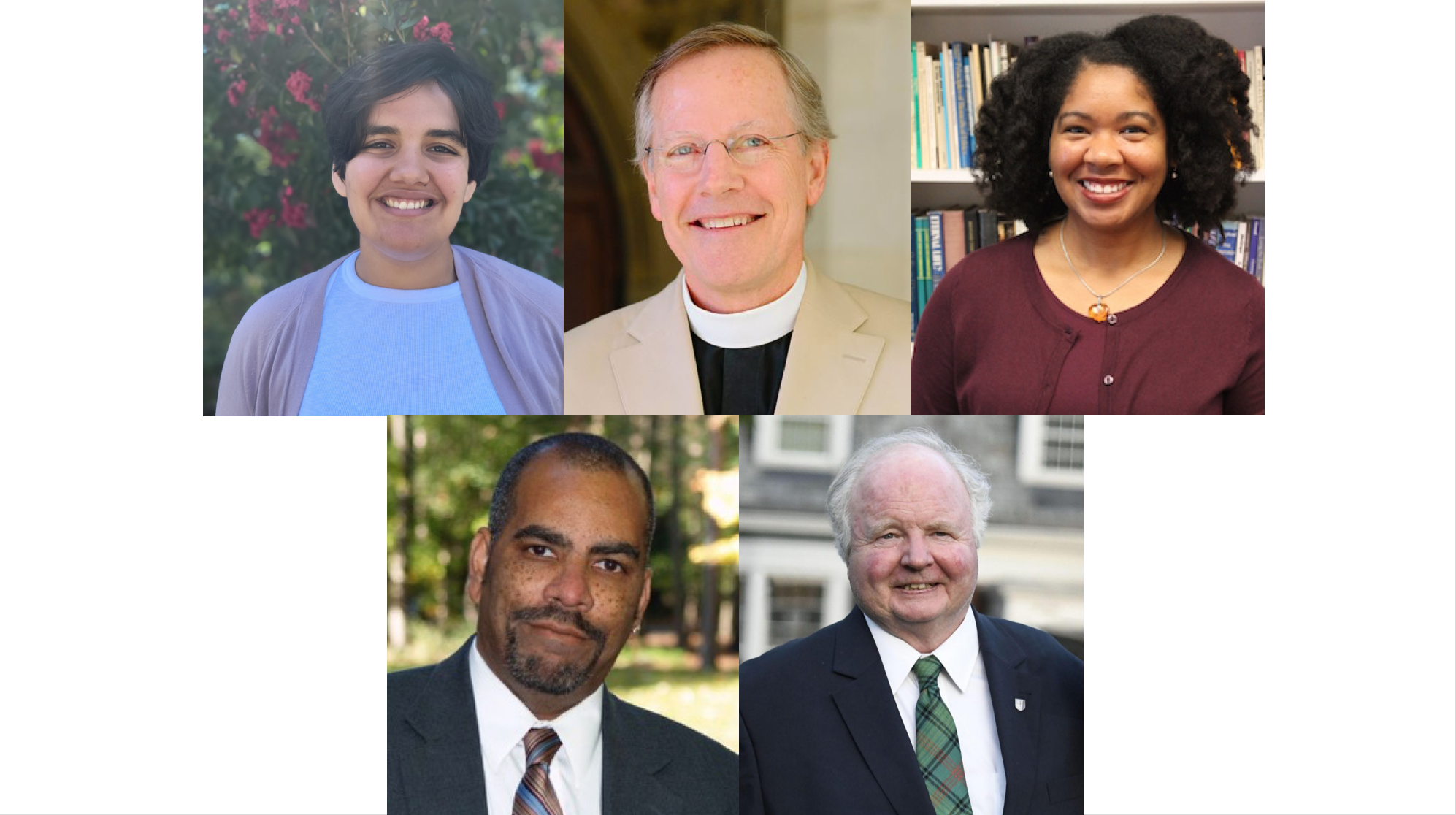 A middler at Berkeley, Febos joins senior Lizzie Robbins as student rep on the Berkeley board. A recent graduate of George Washington University with a degree in history, while in college Febos worked as a research assistant at the Eleanor Roosevelt Papers Project and as a tour guide at the Woodrow Wilson House. This year Febos is interning at St. Luke’s in New Haven while discerning a call to the diaconate through ECCT, and volunteers with the Agency on Aging and with Black and Pink, which gets pen pals in touch with LGBT prisoners.

A Berkeley graduate (Class of 1985), Jones is a recently retired priest “discerning the next chapter.” His most recent call was sixteen years as rector of St. Stephen’s Episcopal Church in Richmond, VA. Jones also has served in start-up churches and in various urban ministries. He founded the Urban Ministry Centers in Knoxville, TN and Charlotte, NC, chaired Knoxville’s coalition of social workers, academic and business people addressing homelessness, and co-founded a tuition-free middle school in Richmond.

Berkeley’s faculty rep on the board, McCray has taught homiletics at YDS since 2016. She attended Spelman College, followed by Harvard Law School, but legal work left her with a sense of calling that would be answered at divinity school (VTS), a stint as a hospital chaplain, a doctoral degree at Duke, and three years teaching and serving as Director of Multicultural Ministries at VTS. McCray is the author of The Censored Pulpit: Julian of Norwich as Preacher and is completing two books, one on sermon genres and one on Pauli Murray.

Vice President and Associate Provost at the University of Notre Dame, Page is a professor of Theology and Africana Studies. A Hebrew Bible scholar and philologist, as well as Episcopal priest, Page is the author of works such as Israel’s Poetry of Resistance: Africana Perspectives on Early Hebrew Verse and co-author of several books in the Fortress Commentary on the Bible series. Page’s interests include the spiritual dimensions of the American Blues, Soul, and Jazz traditions, and he enjoys playing blues harp with the Oblates of Blues.

A Berkeley graduate (Class of 1976), Schell is the recently retired head of Kent School, a coed boarding school in Kent, Connecticut, which he led for twenty-nine years. A celebrated leader in the school world, Schell received the Chief Executive Leadership Award from CASE (the Council for Advancement and Support of Education) and the John Verdery Award of NAES (National Association of Episcopal Schools).  Schell is currently a consultant for individuals, churches, and schools on matters of leadership and fundraising.