Berkeley for Life: Class of 1937 and 2018 Celebrate Together 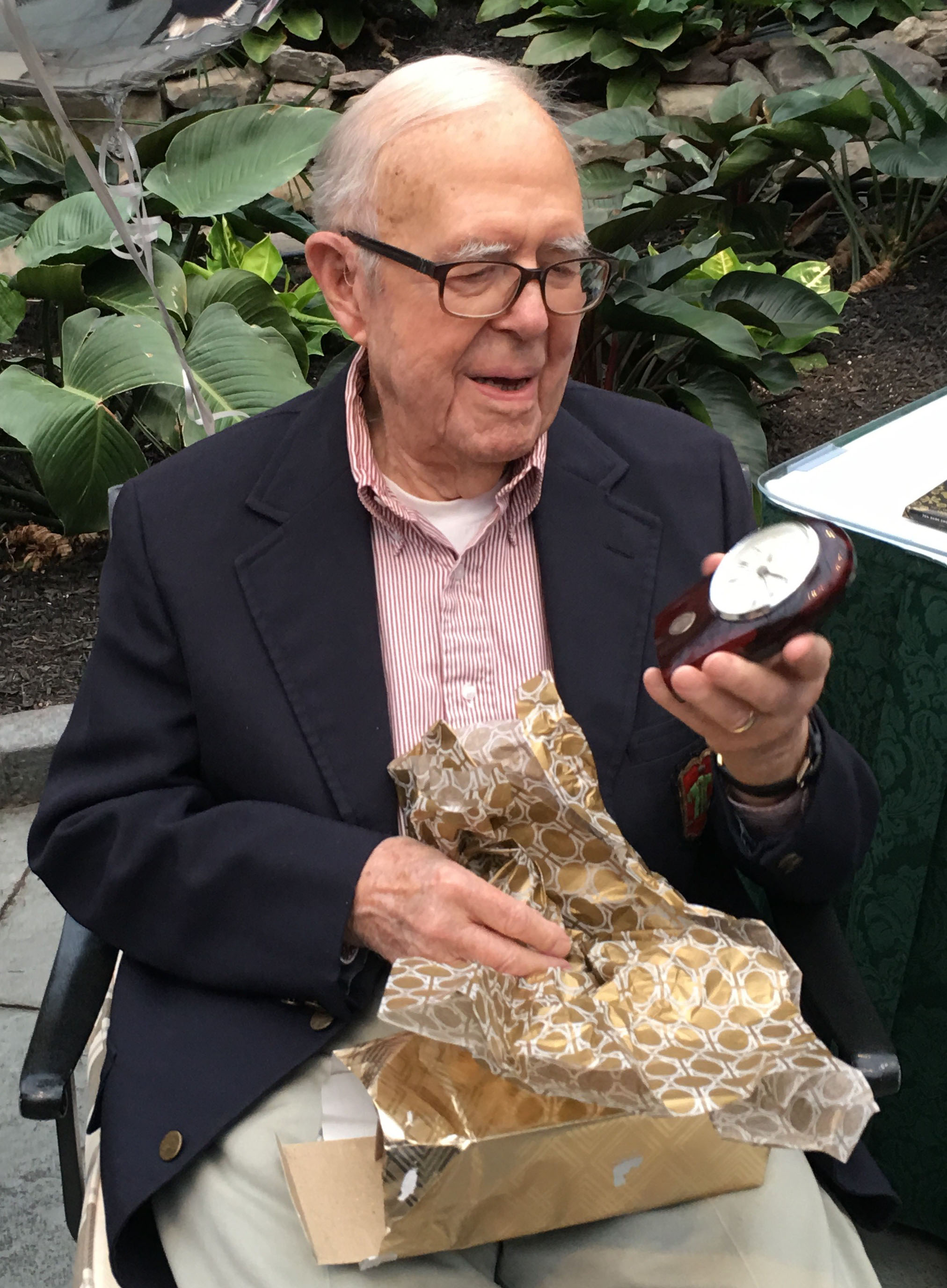 O God, our times are in your hand. 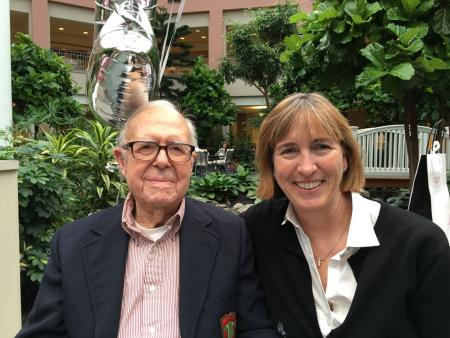 In a celebration with the people of St. Stephen’s Episcopal Church in Ridgefield, Connecticut, where he was rector from 1950 through 1980, he showed his sense of humor by rising from his seat and saying, “I just wanted you to see that I can stand up.”  When asked for his favorite Bible verse, he took a Bible, opened it to a random page (John 10), and claimed that passage as his favorite.

As part of the birthday celebration, the current Berkeley dean, the Very Rev. Andrew McGowan, sent a Berkeley Divinity School clock as a gift. Marilyn Jenkins, Berkeley student and current seminarian intern at St. Stephen’s, presented the clock on behalf of the dean. She had the pleasure of hearing how The Rev. Manderbach made the decision to attend Berkeley Divinity School.  Which is as follows…

When he wrote to Dean William Palmer Ladd asking if the seminary could help him find a job while in school, the dean replied by postcard, “hop on the train and come on up.” All the other seminary deans he had contacted had offered him admission, but no help in finding a job. And so he decided on Berkeley.

As the festivities concluded, the current rector of St. Stephen’s, the Rev. Whitney Altopp, offered a prayer from a parish heirloom, a 1743 printing of the Book of Common Prayer. She then concluded with a prayer from the current prayer book:

O God, our times are in your hand: Look with favor, we
pray, on your servant Aaron as he begins another year. Grant
that he may grow in wisdom and grace, and strengthen his
trust in your goodness all the days of his life; through Jesus
Christ our Lord. Amen.