Berkeley at the General Convention 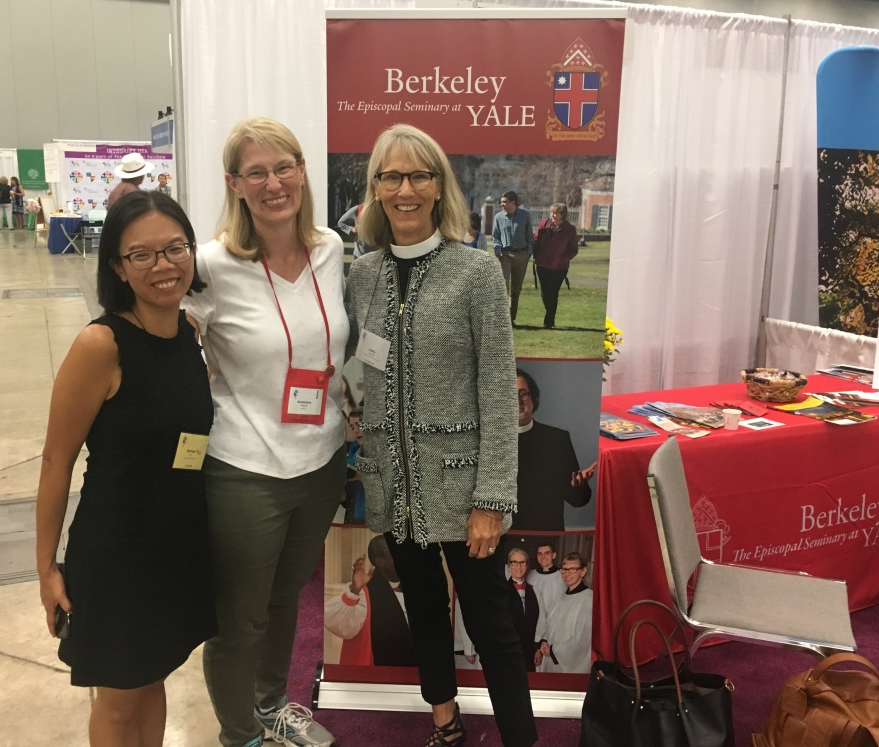 It’s not just a synod - it’s more like a gathering of the clans. Episcopalians by the thousand descended on Austin in early July to debate, pray, converse, learn, and even to shop, at the 79th General Convention of the national Church.

Dean Andrew Mcgowan and Dean Cathy George, along with Director of Advancement Pam Wesley Gomez, were present as exhibitors, greeting prospective and former students as well as hosting a successful dinner for graduates. Presiding Bishop Michael Curry was of course much in evidence, both at the BDS event and in his role chairing the House of Bishops.

The serious business of legislation and resolutions was of course at the center of attention. Among the most significance issues discussed were the response of the Church to gender-based discrimination, harassment, and violence; access for all Episcopalians seeking same-sex marriage, even where diocesan bishops are not in favor; and Prayer Book revision.

On liturgical change, Dean Sam Candler ‘82 of Atlanta was chairing the committee in the House of Deputies that proposed thorough-going change. Dean McGowan’s article for the Center Aisle blog received considerable attention during the Convention. The end result was a nuanced resolution that both “memorializes” the 1979 Book of Common Prayer and creates structures where new texts can be generated. The Convention also separately passed expansive language versions of familiar Rite II Eucharistic Prayers, which may see early and regular use in many places.

A warm reception was given to delegates from the Episcopal Church of Cuba including Bishop Griselda Delgado Del Carpio DD ‘17, who were received again as members of TEC after a 50 year hiatus.

Full coverage of the work of the Convention is available from the Episcopal News Service.