Andrew McGowan has been appointed President and Dean of the Berkeley Divinity School and Associate Dean for Anglican Studies at Yale Divinity School. McGowan is currently Warden of Trinity College at The University of Melbourne, and will join the Berkeley administration on August 1, 2014. 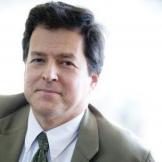 “I am thrilled that Andrew will be joining us. He is a talented scholar, a capable and experienced administrator, and a dedicated priest,” said YDS Dean Gregory E. Sterling. “He and his wife Felicity will enrich our community and help to build bridges to the Episcopal Church in the US and the Anglican Communion worldwide.”

Berkeley trustee Stephen Carlsen, who chaired the search committee, stated, “Andrew brings together first class scholarship, practice and service in the global setting of the Anglican Communion. In our interviews we found a personable, articulate leader to advance the vision of Berkeley Divinity School.”

The search committee began its work in September 2013 led by Carlsen, with close support of Dean Sterling. A draft vision statement of the BDS Board of Trustees, which prioritizes vibrant community, ecumenical learning, and innovative models for ministry, guided the committee.

David R. Wilson, the incoming chair of the Berkeley Board of Trustees, explained, “Andrew is a visionary with the skills and drive to take the vision of Berkeley Divinity School, refine it, and then turn it into action that can be transformative within Berkeley, the Episcopal Church, and the Anglican Communion.”

McGowan will join the divinity school at a time of great challenge and opportunity for the global church, and theological institutions are called upon as leaders in navigating these changes.

“McGowan recognizes that the integration of Berkeley with YDS and Yale makes this place a remarkable resource for the institutional Church as it faces major change,” commented Carolyn Sharp, Professor of Hebrew Scriptures.